No, that wasn’t a new Instagram filter flooding your feeds this week. The striking visuals of orange haze that blanketed the Bay Area sky are byproducts of climate change unfiltered. As parts of California, Oregon and Washington faced devastating wildfires, San Franciscans turned to social media to share eerie scenes outside their windows and stoke conversations about the state of the environment.

Turning from the physical to the digital environment, California isn’t letting data accumulations by companies go unchecked. The state recently started implementing the California Consumer Privacy Act (CCPA), which enables residents to find out the information companies have about them, request the deletion of unwanted information, and prohibit companies from selling their personal information to third parties. Considered the toughest privacy regulation in the country, it’s likely to be emulated elsewhere—and undoubtedly shake up how companies run their businesses online. Here are five more developments from this week to take note of as you keep up with the latest in social media.

Whether you’re super well informed or have no idea about the structures of social media platforms, “The Social Dilemma” documentary is for you. In it, filmmaker Jeff Orlowski explores how digital addiction and privacy breaches are features, not bugs, of social media. Defectors from technology companies who helped build social media powerhouses sound the alarm and explain the dangerous impacts of the digital web that’s ensnared billions of people. Included in the film are tips and ideas for how consumers can better protect themselves online. Learn more about the documentary that dropped on Netflix this week here. 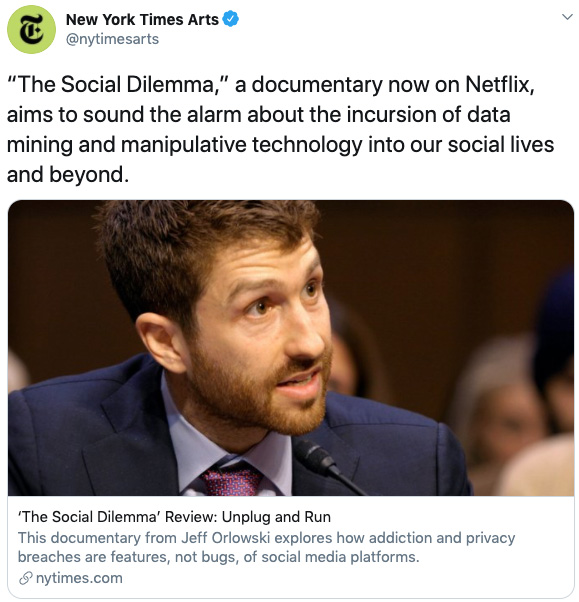 Governments around the world are trying to protect information collected on the citizens they’re responsible for. A European Union regulator issued Facebook a preliminary order to suspend transfers of information about EU users to the United States, where the fate of the data can’t be controlled by the EU. To comply, Facebook may have to reengineer how it collects data or temporarily stop serving European users entirely. In a blog post, Nick Clegg, VP of global affairs and communications at Facebook, argues the global economy will suffer if data can’t be sent across borders. Clegg writes, “The impact would be felt by businesses large and small, across multiple sectors.” Learn more here. 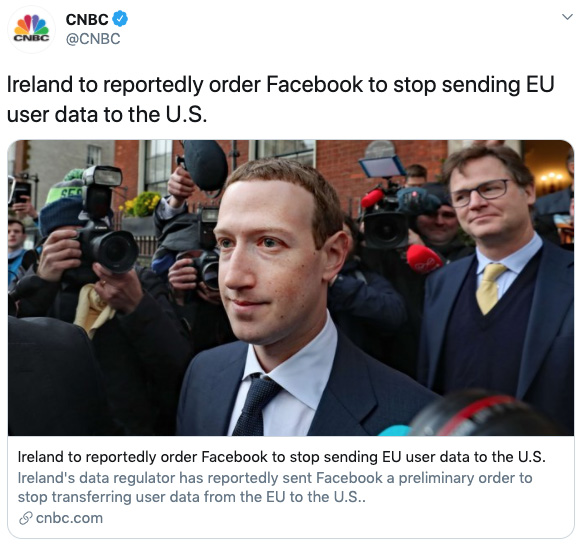 Small business owners are worried their employees’ social media scrolling, according to new research by the Cyber Readiness Institute. In fact, a survey of 400 small business owners and nearly 1,060 American workers found 56% of owners believe it poses a cybersecurity threat. Kiersten Todt, managing director of the Cyber Readiness Institute, advises small businesses “now need to issue policies that address these risks. More than four in five owners allow employees to use personal devices for work and only about half have policies regarding the apps that can or cannot be on devices used. It is a recipe for cyber-insecurity.” Learn more here. 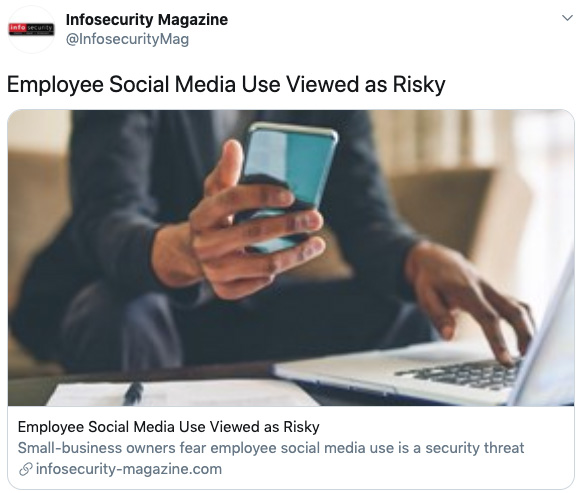 This week, TikTok struggled to remove a graphic video showing a man shooting himself with a gun. Many users were traumatized by accidentally watching the video and took to other platforms to warn people about it. TikTok’s algorithm and recommendation system allow content to spread more easily than other apps and, given its young fan base, the video had the potential to reach a massive number of kids and teens. Of course, TikTok isn’t alone in dealing with horrific content. Facebook has been working to take down the suicide video as well. Learn more here. 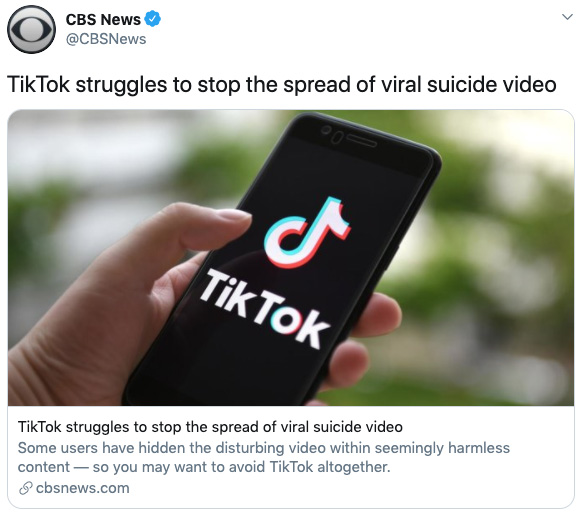 Facebook launched a digital literacy program this week to help students and their family members adjust to online school. The program features resources for kids, parents and educators to help them understand personal information protection, media sources and career opportunities in the technology sector. Although it’s primarily designed for students, it’s a good tool for lifelong learners, too. Find out more about it here. 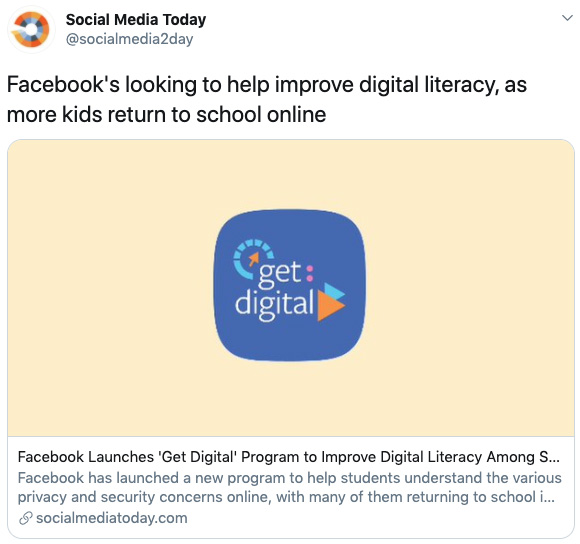