Native Americans Troubled By The Appropriation And Commoditization Of Smudging 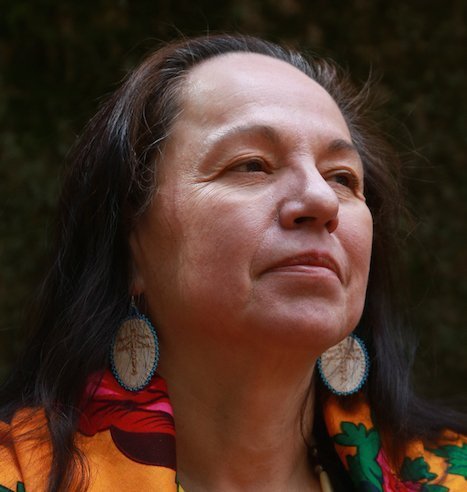 Smudging, the ancient Native American practice of burning dried plants in spiritual ceremonies, has been made common by the non-Native population spreading it to yoga studios, beauty companies and wellness boxes.

Google white sage, the primary ingredient in the mainstream smudging custom, and dozens of choices for sage sticks and bundles appear. The purpose of smudging, however, is ill-defined for most consumers. It’s touted by retailers and brands as a type of universal balm for the ailing human mind and spirit.

Smudging’s popularity is in line with the larger trend in the beauty and wellness industry of melding the spiritual and physical. A modern, commoditized version of spirituality has taken the forms of products promising salvation from the psychological ravages of high-tech society and a magical reconnection to the balance of the natural world. Today’s beauty and wellness regimens include crystals and white sage wands to banish negative thoughts interfering with achieving one’s most optimal self.

Capitalizing on people’s search for meaning amid societal discontent companies such as Smudge and Smudged are wooing beauty and wellness consumers with curated spiritual wellness kits. Their packages contain white sage and other dried plants, and crystals and candles as well as guidance on how to use the items to achieve desired outcomes.

Spiritual growth is undoubtedly a good thing, but many Native Americans are troubled by the beauty and wellness industry’s marketing of practices and items associated with their prayer rituals. There are more than 500 federally recognized Native American tribes in the United States that burn a wide variety of dried plants for smudging practices. The plants incorporated into smudging are usually harvested on their lands. California tribes use white sage or salvia apiana, which is native to the region. It’s the plant most popular for smudging among non-Native people.

Overharvesting by wildcrafters for sale to retail chain stores and brands is threatening the survival of white sage. Although not listed as an endangered species, it’s considered to be a plant of special concern by conservationists and illegal to harvest from public lands.

“This is a medicine for many of our people who have used these plants since time immemorial as central elements of our spirituality and healing. They are having trouble finding sage because of fires and overharvesting,” says Elicia Goodsoldier of the Dine’ and Spirit Lake Dakota Nations.

“This is a medicine for many of our people who have used these plants since time immemorial as central elements of our spirituality and healing.”

Native Americans are pushing back against beauty and wellness companies, and challenging what they describe as wanton cultural appropriation by non-Natives eager for a quick fix to the “dis-ease” associated with tech-heavy lives. Retail stores Sephora and Anthropologie pulled products containing white sage, specifically the Starter Witch Kit and Home Blessings Smudge Kit, from shelves after Native Americans and witches launched campaigns accusing the companies of cultural appropriation.

For Native peoples, the impact of the uninvited application of their cultural practices cuts deeply. Although non-Natives may be unaware of wrongdoing, the adoption of smudging is another in a long line of colonial predation of Native nations that have seen nearly everything—their lands, languages and cultures—taken from them in the name of progress and civilization. Worse is the cavalier manner in which rituals are stripped of protocol and community. For Natives, it’s the final insult and a sign of disrespect to see their practices tossed into the great blender of upscale trendiness.

The trend comes as no surprise to Native peoples. According to Cynthia Lindquist, citizen of the Dakota Nation, there is an increased interest from mainstream medicine and U.S. society as a whole in traditional healing and medicines. Lindquist is president of Cankdeska Cikana Community College on the Spirit Lake reservation in North Dakota and holds a doctorate in public administration.

“The essence of Native spirituality is the belief that everything on earth has life and value. Prayer is a means to acknowledge that value  as well as a power greater than ourselves. We have always known this,” says Lindquist. “Our prophecies told us that they [members of mainstream society] would come to us for answers.”

The spiritual seekers pursuing answers from Native peoples have a notoriously short attention span and aversion to detail. During the counterculture era of the 1960s and 1970s, baby boomers disenfranchised by the emptiness of white middle-class existence turned to Eastern and Native American cultures for answers. Current romantic fascination with Native peoples dates back to that time in which rituals and beliefs were cherry-picked from various tribes to suit non-Natives. The genuine experiences of the diverse cultures composing the Native American world remain largely a mystery and the cycle of exploitation continues.

The rush to embrace alternative, mystical practices and products as a means to combat alienation rising from rapid societal and technological changes is not new. As Alice Gregory noted in the New York Times Magazine, the years of the late 19th and early 20th centuries, a period of rapid technological transformation, gave rise to the mystic Edgar Cayce and social reformer Rudolf Steiner. Cayce, considered to be the grandfather of the New Age movement, promoted holistic health and treatment of illness through the employment of his remedies. Steiner, founder of the Waldorf School, popularized anthroposophy, a blending of science and spirituality centered in the idea that every organic thing has a life force. He emphasized reconnection with the natural world to optimize physical and mental well-being. Cayce’s remedies and beauty products can still be purchased at the Heritage Store.

“Our ceremonies can mean the difference between life and death for those of us trying to recover from trauma in our communities. They’re [non-Natives] dismissive of our concerns, and that’s really problematic.”

Linda Black Elk applauds the growing awareness of the interconnectedness of life and importance of recognizing and nurturing spiritual wellbeing, but laments the inability of Americans to resist the instant gratification of consumerism. Black Elk is an ethnobotanist and teacher at Sitting Bull Tribal College on the Standing Rock Reservation in North Dakota. She is a member of the Catawba Nation.

“Prayer and healing are hard work. Using plants for smudging is rooted in community, responsibility, protocol and respect. The ceremony begins when we first ask elders how to correctly gather and use plants, how to harvest them in a sustainable way and only take what we need for ourselves and families,” she says. “Our ceremonies include treating the plants as living relatives with spirits that must be honored and thanked.” Black Elk believes the actions of many non-Native people, perhaps well-intentioned, reflect racial and class entitlement, which afford them the luxury of ignoring or dismissing the histories and concerns of Native peoples.

Neelou Malekpour, owner and co-founder of Smudged, disagrees. “I’m not interested in appropriating anybody’s culture. I started my company from a sense of unity and desire to bring people together. I am a woman of color and understand what it’s like to be marginalized,” she says. Malekpour’s family emigrated to the U.S. from Iran, and she cites the traditional methods of her grandmother, who burned wild rue, as inspiration for her brand. She reports she’s received backlash and bullying via social media about the name of her company.

“People are accusing me of adding to the suffering of an entire race of people, commodifying their spirituality and riding on the backs of indigenous people,” says Malekpour. “They’ve said there’s no difference between what I’m doing and those who stole indigenous lands.” She suggests the accusations aren’t in line with her objective to help people heal from sadness and suffering, and improve the energy and vibration of the world.

According to Goodsoldier, the use of Native rituals and sacred plants, however, is different for Native and non-Native people. She says, “Our ceremonies can mean the difference between life and death for those of us trying to recover from trauma in our communities. They’re [non-Natives] dismissive of our concerns, and that’s really problematic.”

Malekpour says she gained permission from indigenous peoples to share plant medicine and knowledge with Smudged’s audience before creating the company. “Healers from Peru and Ecuador trained me in the use of plant medicines. They feel that the medicine of white sage is necessary for the elevation of peoples’ consciousness,” she says. Malepour was unable to name the tribal affiliations of the healers.

“I don’t know of anything in the U.S. that isn’t a commodity. This is life right now.”

“I don’t know of anything in the U.S. that isn’t a commodity. This is life right now,” says Malekpour. “The best I can do is source my products responsibly and disseminate them in a way that has integrity combined with the intention of bettering those who come in contact with me and my company. The backlash to my business is outside of my scope of understanding. How can anyone say that a part of nature belongs only to them? Isn’t it a good thing if people are trying to raise vibrations and be more spiritual?”

Native peoples complain that non-Native people gloss over important nuances and complexities among different tribes. In their eagerness to gain the benefits of traditional practices, they’ve created a pan-Native spirituality to meet their agenda and needs. “Their privilege is so innate,” says Goodsoldier. “It’s such a whitewashing of our ways.” She elaborates, “The plants they sell are gathered by an unknown profit-seeking hand. They ignore the spiritual connection between human and plant.”

Lara Corey, CEO and co-founder of Smudge, responded via email to concerns of commodifying and appropriating culture. “It is very important to us that the spiritual wellness goods we provide aren’t perceived as just stuff,” she writes. “We want to be respectful of the cultures from which rituals are derived.” Corey points out that Smudge has created a blog to educate and highlight the history and issues important to the topic of spiritual wellness. She says, “We are doing everything we can to be sensitive in honoring people who contribute to our understanding of what it means to be spiritually connected.”

A blog may not do the trick. Black Elk says, “They’ve trivialized our ways and made us into a joke. We are just another passing fad.” She points out that, if people were serious about getting in touch with the earth, they would connect with their own roots and learn about the practices of their ancestors. Black Elk says, “Better yet, they could find a way to support and reestablish endangered trees and plants.”

Black Elk’s hope is that white sage will survive the current interest in Native spirituality and ritual. Both Corey and Malekpour emphasize they’re committed to sustainably sourcing their materials. For Native peoples, the primary concern is ensuring that future generations will have ongoing access to plant medicines. For them, fads come and go, but the connection between Native peoples and Mother Earth will always remain.