Andrew McBride, a 10-year veteran of the direct sales industry, was accustomed to companies with sales and recruitment as their chief objectives. Altruistic efforts were sometimes warmhearted corporate responsibility projects, but not a reason for being.

McBride’s new direct-sales cosmetics company, BeCause Cosmetics, is changing the business model by making altruism an underlying practice rather than a nice aside. It’s donating 3% of proceeds to charities of its brand ambassadors’ choice as the centerpiece of a commitment to women’s empowerment. 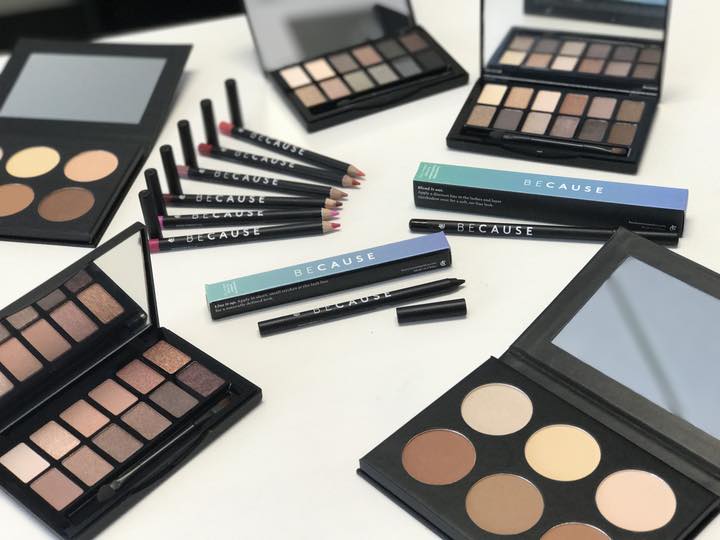 “Before I picked a business name or product offering, I knew I wanted to build a business with philanthropy as part of the strategy. I didn’t want to build a business, and then do a tax write-off and form a 501c3,” says McBride. “When we talk about the values important to us like charitable giving, that has driven the conversation from the very beginning, and is why people are interested in BeCause Cosmetics.”

In the direct sales segment in particular, beauty and personal care companies are positioning products as equal or even secondary to purpose. Whether it’s BeCause’s empowerment philosophy, Beautycounter’s push for legislative reform or Max & Madeleine’s mission to keep harmful ingredients away from kids, they’re finding interweaving principles and profits can be effective draws for customers and sellers looking for meaning in their makeup and moisturizers.

“Companies are trying to build this into their identity from the inception and not as a way of patting themselves on the back, but to really achieve something and make it integral to their business plan,” says Joe Mariano, president of the Direct Selling Association. “Direct selling is not your typical business for a typical person with an MBA. What keeps people involved is affirmation and a sense of accomplishment, not because you are earning a lot of money, but because you are helping yourself and the people around you.”

“Companies are trying to build this into their identity from the inception and not as a way of patting themselves on the back, but to really achieve something and make it integral to their business plan,” says Mariano of the Direct Selling Association.

The selfless message is especially important as companies attempt to broaden the pool of millennials in direct sales. Of the 20.5 million Americans participating in the segment last year, a figure that’s up 1.5% from 2015, roughly 21% are 25- to 34-years-old and nearly 64% are in older age brackets. Study after study concludes that millennials prefer to work at and buy from companies that care about more than cash.

McBride is confident BeCause’s benevolence will compel people, notably millennials, to sign up as brand ambassadors or sales consultants, and an early informal survey bolstered his confidence. He asked the first ambassador applicants about motivating factors in their decisions to partner with brands, and their answers revealed values and product quality bested management and product pricing.

“I believe people want to do good in the world. They just don’t know how. When you take the power of a company like this, and the abilities it gives to bring so many people together to do great things, that’s going to resonate with people and bring them into the business,” says McBride. “They will see who we are and that we created this business to do good.”

Kimberly Cornwell, founder and CEO of Celadon Road Inc., which recently switched from a strict direct sales format to an affiliate system, says the company’s healthy, green approach to personal care merchandise enticed women without previous direct sales experience. “We tended to attract women that were not necessarily in it to make money. They wanted to be a spokesperson for a product they believed in,” she explains.

At direct sales makeup specialist Sweet Minerals, digital strategist Chrissy Marriner estimates 75% of its around 1,700 educators or sales representatives are worried about the ingredients they put on their skin and attracted to Sweet Minerals’ pure formulas. The rest, she says, “join for various reasons. They are either buying it because they’re supporting a friend or they’re just interested in the aspect of being able to wear it in the pool or looking airbrushed.”

On the consumer side of peddling beauty products, McBride contends direct sales companies are better suited than brick-and-mortar stores to make compelling cases to shoppers desiring to pay it forward with their purchases. “When they walk into the retail store, they are just pulling a brand off the shelf. They don’t know if a brand is doing something to support the causes that are important to them,” he says. “Brick-and-mortar is playing catch up from a communications perspective. They can never really communicate to customers the values they stand for the way that we can.”

“When they walk into the retail store, they are just pulling a brand off the shelf. They don’t know if a brand is doing something to support the causes that are important to them,” says McBride of BeCause. “Brick-and-mortar is playing catch up from a communications perspective. They can never really communicate to customers the values they stand for the way that we can.”

Direct sales firms have spread the gospel of natural personal care products through sales consultants in ways traditional retailers haven’t. “When I started Celadon Road, I would go into Whole Foods and say, ‘Wow, there are a lot of great products in here, but no one knows about them because they can’t pay for traditional advertising and get the word out.’ Direct sales companies have done huge service to consumers by helping them read labels and question conventional products,” says Cornwell. “One of the reasons I started the company was to bring green mainstream and bring it to Middle America.”

The social media megaphone has been a tremendous boon. Melissa Moritz, co-founder of Max & Madeleine, notices social media posts spotlighting harmful ingredients in cosmetics products such as those with articles about a shimmer powder at teen chain Justice containing asbestos proliferate swiftly. “The reach of social media makes it easier for us to share our message. That’s part of why my company has grown as fast as we have,” she says. “That would have never happened when Avon began.” In the year since its launch in 2016, Max & Madeleine has enlisted around 600 advisors, another term for sales consultants.

Cornwell notes Celadon Road’s consultants actively partake in eco-conscious Facebook groups and websites to contact likeminded potential customers who may not be prodded to purchase by product pitches alone. “It absolutely amplifies the message and can get you consumers across the country. Our consultants are getting their customers from very different places than traditional direct sales because traditional direct sales would get their customers from home parties or vendor events,” she says. “Women these days can build a community of people across the U.S. from the comfort of their living rooms, and do it faster, better and easier.”

Business models tied to the greater good aren’t completely foolproof. Cause-fueled companies have to be sure they deliver on their promises of purpose and deliver on those promises while yielding sustainable sales. “If you can’t maintain profitability, then you won’t be able to stay committed to your message,” warns Mariano. “The other downside is that you overplay what you can accomplish, and you disappoint people.” Despite those possible complications, he’s bullish on direct sales entities linked to philanthropy. “I think you will see that this 21st commercial endeavor mixed with corporate social responsibility works,” says Mariano. “It works as a marketing tool, but also as a fundamental aspect of your business.”

McAndrew isn’t overly concerned about obstacles. He has lofty ambitions for BeCause. “I have no doubt this company will be big and influential, and generate hundreds of millions in revenue,” he says. “If we get to $500 million in sales, we won’t create just another faceless brand that doesn’t have an impact on people’s lives. That wouldn’t be my definition of success. We want to build a culture, brand and movement that people are proud to a part of. The revenue is not our focus. People are our focus.”