Thanks to the promise of camera-ready results, semi-permanent beauty solutions such as hair extensions are soaring. Wildly popular in the Dynasty-obsessed 1980s, interest in mane extensions has been rekindled due to a perfect storm of social media and accessibility. Moving from ethnic and specialty salons into the mainstream, lengthening services are multiplying at dedicated salons and on menus within traditional hairstyling outposts.

“The first time I got hair extensions was probably four years ago, and I nearly cried,” says beauty journalist and extension aficionado Aly Walansky. “It was everything I always wanted. I had length. I had volume. I felt so much more feminine and desirable.” 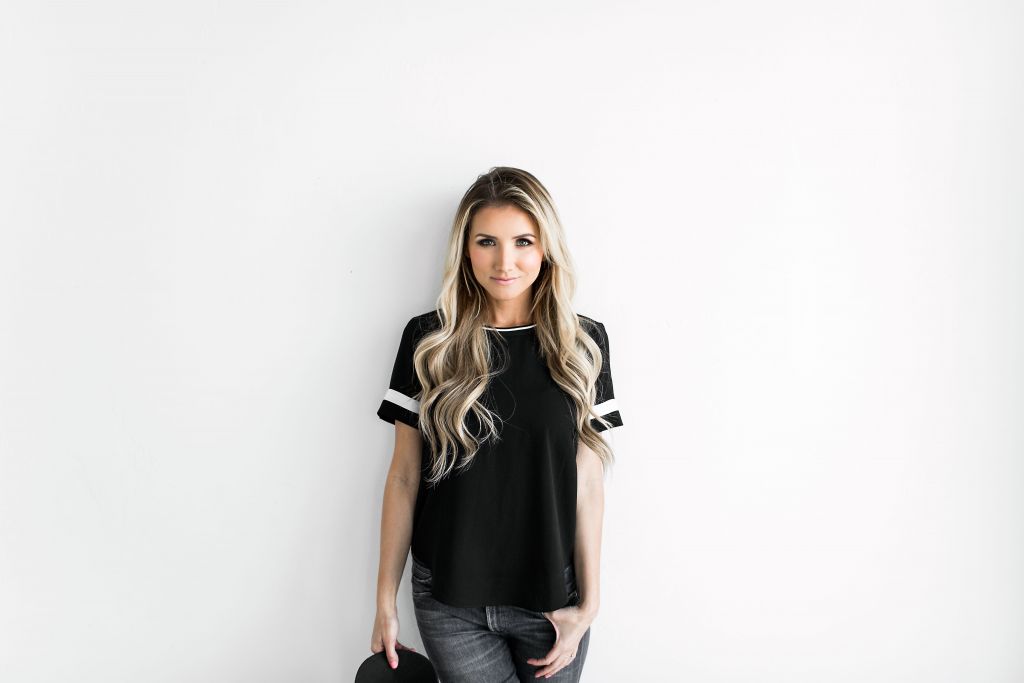 Walansky, a self-described extension addict, prefers human hair of the keratin fusion bond variety from RPZL Salon, a hair extension and blowout bar in Manhattan. She gets a new set every three to four months and cares for her locks with copious products to ensure they look their best. She’s convinced extensions keep bad hair days at bay with minimal effort. “I go for blowouts all the time with my extensions,” says Walansky. “Mine are made of 100 percent human hair, so I can style myself just like they’re my own. Blowouts last longer simply because you have more hair, and that is fabulous.”

RPZL, which opened its New York doors in 2015, is leading the charge of salons that provide extension services and products, including the first hairbrush designed for extensions, to help customers maintain their elongated locks. RPZL’s top service is the $259 Gorgeous In An Instant! clip-in extension option. A keratin version of the service rings in at $650 for a half set and $950 for a full set. Outside of its own location, RPZL supplies salons across the country with RPZL extensions, training and marketing support. On deck for the salon is international expansion, and a global e-commerce site for customized hair extensions and products.

“Over 75% [of women] wear extensions to add volume, with additional reasons for wearing them including longer hair, a desire to look more glamorous and the ability to change your style quickly,” says Lisa Richards, founder of RPZL. “Since hair extensions add both length and volume, there are so many styles that are emulated from long silky hair to beachy waves and braids.”

“Social media has revolutionized the way we perceive and interact with the world and those around us, and it has greatly impacted the hair industry, including extensions,” says Lisa Richards of RPZL.

Despite only capturing a 3% share of the haircare market today, Richards asserts the billion-dollar extension business is the fastest-growing segment, increasing at an annual rate of 30% to 50%. Social media is a major reason for extensions’ ascent.

“Social media has revolutionized the way we perceive and interact with the world and those around us, and it has greatly impacted the hair industry, including extensions,” says Richards. “As hair is such a visual product, it’s not surprising how perfectly hair extensions work for a visual marketing tactic like social media. It has become the go-to marketing tactic for RPZL and has helped our brand get in front of potential customers from all over the world.”

Beauty influencers, who rock everything from rainbow-hued, waist-length hair to robust layered updos, are shaking up the extension market in a big way. With stunning visuals, dedicated audiences and targeted campaign in their marketing arsenals, brands both big and small are employing social channels to reach millions of women on the hunt for thick, Instagrammable tresses.

“Hair extensions are visual and the results are noticeable, which gives influencers ample opportunity to create compelling content,” says Conor Begley, president and founder of Tribe Dynamics. “In beauty, we’ve seen new brands gain initial traction with a highly specific product focus – Anastasia Beverly Hills to eyebrows, Huda Beauty to lashes, Morphe to brushes –  before branching out. Hair extension brands seem to be following this path. They have small, powerful and loyal influencer communities, including top-tier influencers, celebrity hairstylists and salons. Looking forward, it will be interesting to see if those brands can engage a broader community of influencers and consumers.”

Celebrities are undoubtedly playing huge roles in the long hair movement, too. “The Kardashians/Jenners change their colors and lengths almost daily with extensions, and they document it on social media,” says celebrity hairstylist Sacha Quarles. “Chrissy Teigen, J.Lo, they change their hair length daily and always look fabulous. Five or six years ago, they [extensions] were for special events. Reality TV and Instagram have changed the game. Everyone wants them. I even see women wearing them during my yoga classes.”

The professional side of the extension industry is benefiting from the exposure. Extension manufacturers, salon owners and hairstylists have jumped on the trend by proliferating the styles and price points available to women. Education programs and extension-dedicated salons programs are sprouting up as well. Laced Hair Extensions, for example, is part extension brand, part salon, part education center. It features everything from long hair to heat tools to nine-hour courses teaching hair industry professionals four extensions applications – micro-bead, tape-in, keratin and weft – and turns to digital platforms to gain awareness.

“The Kardashians/Jenners change their colors and lengths almost daily with extensions, and they document it on social media,” says celebrity hairstylist Sacha Quarles. “Chrissy Teigen, J.Lo, they change their hair length daily and always look fabulous. Five or six years ago, they [extensions] were for special events. Reality TV and Instagram have changed the game.”

“Instagram is about 90 percent responsible for the beginning boom of Laced Hair Extensions,” says Lacy Gadegaard, founder and CEO of the Sandy, Utah-based company. She names influencers like @caraloren, @amberfillerupm @meglegs, @lovebylynn, @freshlypicked, and Michelle Money as particularly powerful for her brand. “With the growth of my brand, bloggers and celebrity hair stylists have been wearing my hair. They go nuts. It drives those sales up,” says Gadegaard.

Perhaps not surprisingly, Tribe Dynamics, which tracks Earned Media Value (EMV), a metric measuring the value of social media marketing, detects extension brands surging on social media. Across hair extensions, wigs, and tools, the top five EMV-generating brands in this category for the first half of this year – Bellami, Luxury For Princess, Framar, ghd, Freedom Couture – averaged 774% year-over-year growth. Tribe reports the brands with more than $1 million in EMV in the second quarter include Bellami, Luxy Hair and Luxury for Princess followed by Great Lengths, Hairdreams and Hotheads, which generated slightly under $1 million in EMV for the quarter.

“Influencers really embraced the unicorn and mermaid hair this past year, highly visual and fun content that drove significant engagement from their followers,” says Begley, adding non-extension hair brands catering to long-haired instagram influencers swelled along with extension brands. “Brands like Pulp Riot and Brazilian Bond Builder saw explosive growth, gaining 4,651% and 1,945% year-over-year between January and June 2017, respectively. Interestingly, of the total unique ambassadors among these six brands, only 5.6% posted about more than one [brand] in Q2, demonstrating notable brand loyalty in this category.” 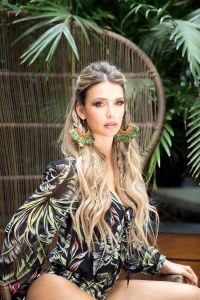 For Bellami, the top 10 EMV-driving ambassadors were primarily established or powerhouse beauty vloggers. To reach consumers, Tribe discovered Bellami influencers used personalized brand discount codes in their video descriptions, and tagged the brand in makeup and fashion looks on Instagram. “In keeping with the known fact that millennials do not appreciate being outwardly advertised to, their posts were either largely unrelated to Bellami or did not spotlight the brand among a long list, making their endorsements of the brand read as genuine and consistent, prompting a high volume of EMV,” says Begley.

Meanwhile, top ambassadors for Hairdreams, Great Lengths, and Hotheads were centered on the professional hairstylist community. Hairstylists posted content spotlighting their work with clients either applying extensions or coloring them for creative hair transformations. “Salon professional communities Behind The Chair and Modern Salon were also prominent ambassadors for these brands, as they shared and reposted the work of hair professionals,” notes Begley.

The social media focus is coupled with extension accessibility. Quarles stresses extension choices have escalated. “Extensions are the most popular they have ever been because they are the most accessible they have ever been to people across the country,” she says. “[The hair extension market is] unique because it was a celebrity professional experience, even clip-ins. Consumers didn’t have them. As stylists, we’d make them ourselves. We’d charge $2,000 for clip-ins.” Quarles currently charges $700 to $5,000 for lengthening extensions, and $50 to $700 for clip-ins.

“What will make extensions peak is running out of hair,” says Quarles. “There are more than 100 hair extension companies offering hundreds of colors from traditional blonde to pink, blue and green. They are trying to find new methods for creating synthetic forms of hair that feel and behave like real hair.”

The tape-in and clip-in extensions are influencer favorites because of the ease of application and comparative low price points. Not only are they cheaper, they’ve been getting better.

“Hair extensions have become far more sophisticated,” says Tony Beckerman, professional hairstylist for HAI, which develops styling tools and products tailored to hair with extensions in it. “At one time, only synthetic hair was available, which limited the customer to styling options especially with heat. Once human hair came into the market, it opened up a completely new category. As publicity grew and celebrities wore them, so came the opportunities for companies and hairdressers to learn, and offer these services at a respectable price. While human hair extensions are not cheap, they certainly are far more affordable and available than ever before. They have now become very unique to add length, thickness, volume and texture to almost any head of hair.”

When will the growing extension trend end? Quarles asserts there’s nowhere to go but up, at least at the moment. “What will make extensions peak is running out of hair,” says Quarles matter-of-factly. “There are more than 100 hair extension companies offering hundreds of colors from traditional blonde to pink, blue and green. They are trying to find new methods for creating synthetic forms of hair that feel and behave like real hair. Almost every block in Los Angeles, Atlanta, New York has a hair extension salon. It’s an art form that allows you to feel confident and beautiful.”

One response to “Hair Extensions Boom (With Big Help From Instagram)”