Regina Merson often straddled two cultures and careers. She spent most of her life in the United States, yet has a deep attachment to her native Mexico; and she was an unhappy attorney with a side passion for makeup. Merson merged her interest and background in Reina Rebelde, a beauty brand launched in August of last year with 22 products priced from $15 to $20 spanning eyes, lips, face and accessories. “Reina Rebelde is makeup for today’s ambicultural Latina,” she says. “We are the largest consumers of beauty in this country, and no other brand is addressing the Latina consumer in this authentic, head-on way.” Merson definitely knows her audience, but getting to know the beauty industry has been more puzzling. She’s modified business models, production, shipping practices and her opinion of Amazon. Merson gave Beauty Independent the full download on the early stages of her budding beauty enterprise.

Tell us about the road to creating Reina Rebelde.

I am originally from Mexico. I came to this country when I was around 10 and turned out to be a super academic person. I became a lawyer, and I always had an obsession with beauty. When I was practicing law, I relished the daily ritual of putting on makeup. That was probably the only part of being a lawyer that I enjoyed. I had boxes and boxes of makeup arrive at my office. I realized my makeup collection had so many different brands, but there wasn’t one brand that understood who I was. I wondered if I was the only one that felt that way. I started researching and realizing Latinas over-index as makeup purchasers. I looked at the marketing and advertising done, and I was highly disconnected from it and a little bit insulted by it. That was when the idea came to me.

After you immigrated to the U.S., how did you stay connected to your heritage?

My mom was really intent on keeping the cultural connection alive. We went back to Mexico six to 10 times a year. From a language perspective, when we moved, my stepfather said at the time, “If you kids are going to survive here, you can’t keep both cultures alive,” which is so interesting because my brand is ambicultural or bicultural, and that’s the way my generation of Latinas has carved their own path. It was a 50s mindset that you had to leave your culture at the border. My mom really bucked that.

When did you decide to make the entrepreneurial leap?

I was a Chapter 11 bankruptcy attorney. I go into work one day, and they laid off most of the bankruptcy department and all the senior people, and I saw it as a sign. I had already determined I was going to do this, the question was when. I immediately went into trademarking the name. A month later, I researched and visited B2B makeup conventions. I dove into it.

What was the development process like for Reina Rebelde?

It took me about two-and-a-half to three years to develop it. Everything took longer than I expected, and it was twice as much [money] as I expected. I was doing some work as a lawyer to keep myself afloat. Even though I had a strong idea of the bones of the brand, the resulting creative artwork was very different than where I had started in my head. It was an iterative process. Then, building the website took a lot longer than I expected.

When do you plan to reach profitability?

I hope in the next couple of years. That would be my best guess. I’ve tried hard not to focus on that in the infancy of the brand. What has been the most challenging for me is I’ve had to say no to opportunities that would have pushed me to profitability sooner, but were not right for the brand in the long term. The constant struggle is how to get this baby to go and make money without making a misstep that is shortsighted.

“My target demographic is Latina women. They are enrolling in college faster than their male counterparts. They are highly motivated women moving up and up every successive generation. I want to be in a place where she wants to be, not in a place she needs to be in.”

What kind of opportunities are you turning away?

My target demographic is Latina women. They are enrolling in college faster than their male counterparts. They are highly motivated women moving up and up every successive generation. I want to be in a place where she wants to be, not in a place she needs to be in.

What are your retail revenues?

They are not getting how nuanced and complicated she is. I’m not blaming anybody for not getting that. If I wasn’t my target consumer, I don’t know that I would be able to do this. She’s very ambicutural, and where she draws the line between her culture of origin and her American experience is an art form and not a science. You know it intuitively if you are her. 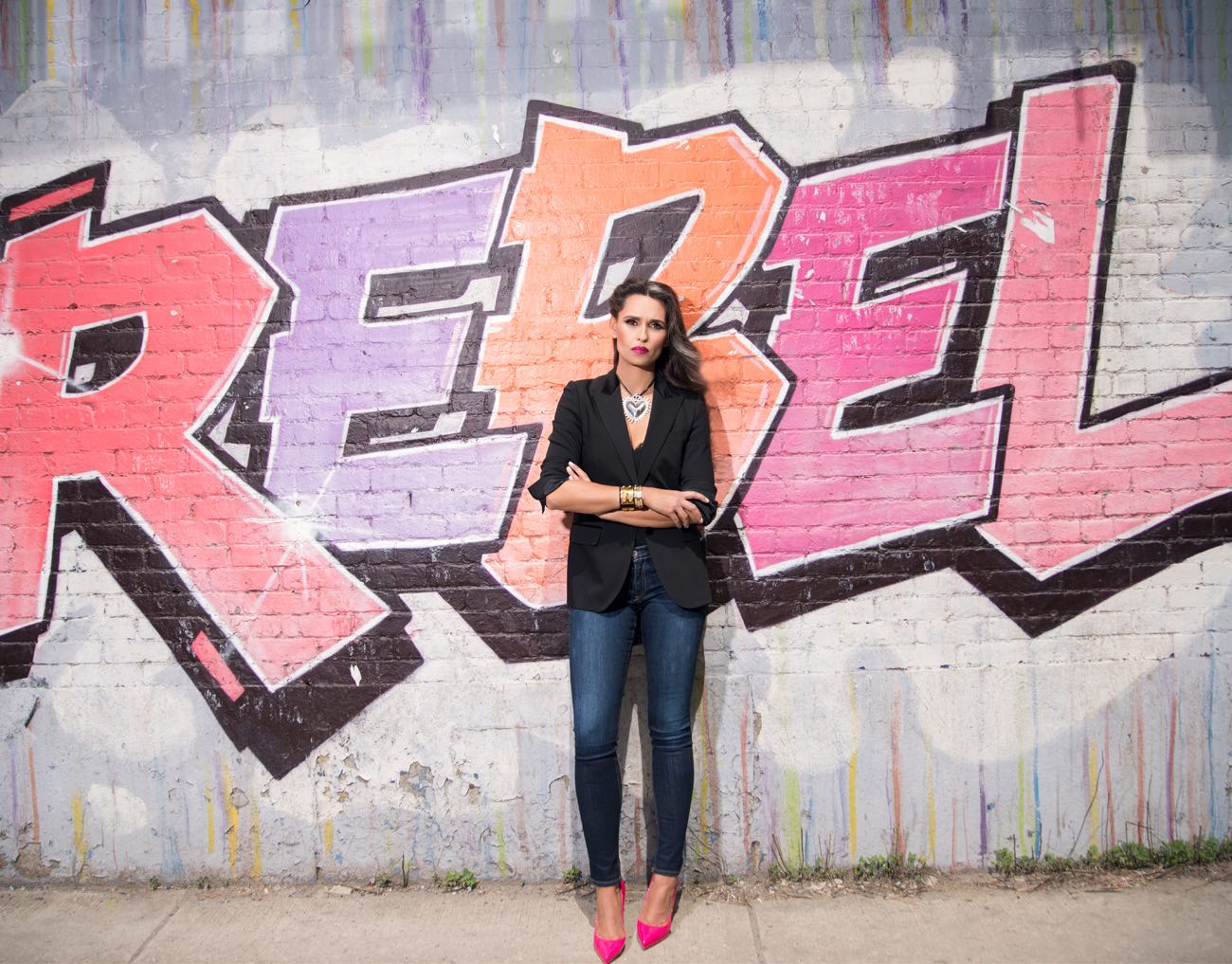 I am looking for the right retail relationships and maybe some smaller, very strategic relationships embedded in individual communities. My initial distribution strategy was to do direct sales like Rodan + Fields. Unfortunately, what I found is that a lot of these companies have been very predatory toward the Latina community. It’s unfortunate because it’s a community well positioned to work well with the right model, but I can’t take on negative presumptions and bad talk in the community.

What is your approach to e-commerce?

I have a website. We do most of our marketing and targeting through Google Ads. I go back and forth with them. I try some. I pull them. It does get really expensive, and I don’t know what actually works. I have metrics that it does drive traffic to your website, but you have to change it up. Facebook ads, Instagram-sponsored posts have been great. The whole first year has been all about brand awareness.

Amazon, yes or no?

I’m working on getting on Amazon. I was very anti-Amazon at the beginning, but I’ve been talked into believing it’s not such a bad place. I see more and more people comfortable ordering all sorts of things on Amazon. Amazon is now delivering groceries in Texas, and Texas is one of those places that is usually slow to adopt things like that. I feel they’ve worked really hard on a model that’s consistent and high quality throughout the country. I will say it’s been really difficult to go through the approvals process with them. As much as I’m frustrated by that, it gives me confidence that they aren’t just letting any product on their website.

“I have 60 red lipsticks from different brands. They never made me feel the way I wanted to feel when I wore a red lipstick. I wanted Latinas to wear it on a day they need to feel that they’re going to take on the world, and that’s what ended up happening.”

What is Reina Rebelde’s take on social media?

We feature makeup and the lifestyle that goes with it. We try to get women who wear our makeup to send us selfies. I think there’s something raw and real about showing women across the country – maybe one is Cuban and another is Venezuelan, Columbian, Dominican or Mexican – who bring their own attitude to it.

Have you used an outside social media firm?

Nope, that’s been really hard because of the language aspect. A lot of millennials are English dominant, but they do speak some Spanish. We have to include Spanish, but we can’t be all Spanish. We don’t want to be a part of the shaming that goes on against people who don’t speak Spanish. To get a social media firm that understand exactly which Spanish works to use, I haven’t been able to find that. I would be happy if someone showed up.

What is Reina Rebelde’s hero product and how did it come to be?

We have a red lipstick called Brava. It means a woman on fire or charged up in Spanish. I spent my entire life as a Latina going to makeup counter after makeup counter, and I have 60 red lipsticks from different brands. They never made me feel the way I wanted to feel when I wore a red lipstick. I wanted Latinas to wear it on a day they need to feel that they’re going to take on the world, and that’s what ended up happening. Then, we have a brow product that comes in two shades. I wanted something gel-based that adhered to the skin for days. If I spend 20 minutes doing my eyebrows, I don’t want them to move. These have been incredibly popular. Latinas are into pronounced, beautiful brows. 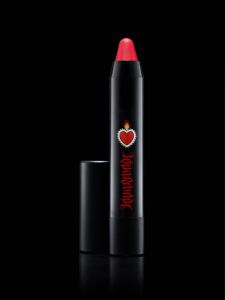 What are hiccups you’ve encountered in building Reina Rebelde?

Daily to weekly, there are hiccups. Early on in the launch process, I was shipping things, and we were not packaging them correctly. Three out of every 10 packages were arriving broken. I had a meltdown for a week to the point where I made myself physically sick. We also had a product we were going to launch and, at the last minute, the quantities I needed were too high. I had already spent a lot of money gearing up to get this product launched, and I had to pull it. I have learned, for the most part, that nothing is really that fatal. Things fall through the cracks. I’m human. When I meet consumers, one of the things they like about the brand is that it’s me doing things behind the scenes. I’m not just the face with an office of 100 people supporting me.

Have you raised money for Reina Rebelde?

I have borrowed money from some people, but I have free reign creatively. In this initial round, I didn’t want other people to tell me what risks I could or couldn’t take. The minute you take someone else’s money, it’s a lot of pressure. I will have to fundraise in the future. I’m conflicted about taking on an angel round, so I’m trying to hold off as long as possible. I used to unwind these type of deals as a lawyer, and I know the trajectory of founders when they do them. Your equity gets diminished so quickly.

What do you do to unplug?

Every few months, I try to go to Mexico. I go to the beach. I can never unplug. I’m capable of it, but I really can’t. Right now, it’s not possible, but getting out of my environment does a world of good for my mental sanity. If I can’t electronically unplug, I get to a place where I emotionally unplug, and that does help recharge me.

One response to “Rebel Cause: Regina Merson Reimagines Makeup For Modern Latinas”