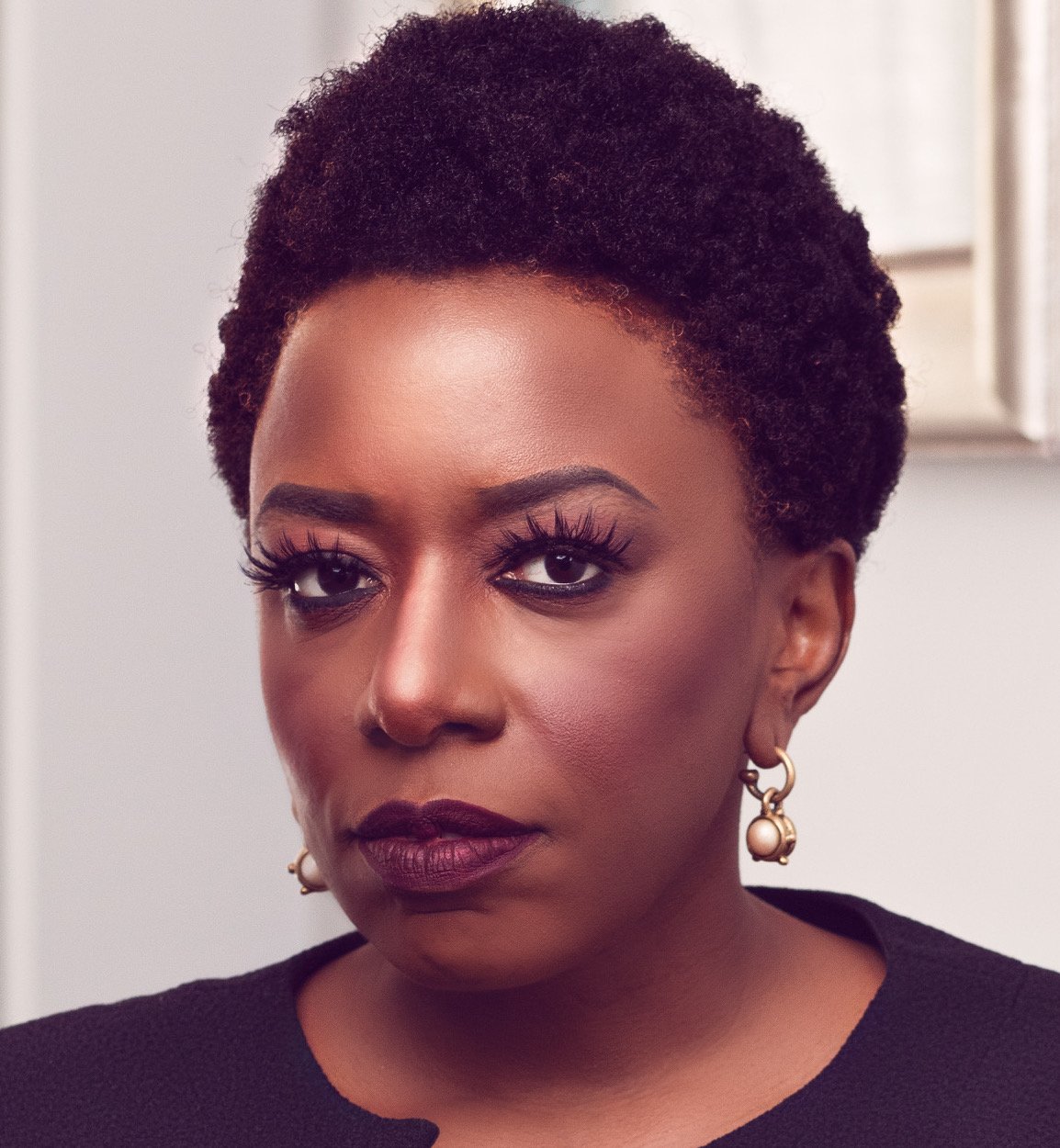 If you’re an entrepreneur raising capital, be prepared to answer this question. The exit can come in many forms. Perhaps you plan to hold onto your company, find new investors at a higher valuation and give your early investors an exit. Or you and your management team can buy out your investors. Or, or…perhaps you’re among the lucky few well-positioned to be acquired by the big beauty and CPG companies of the world. And there’s the option of no exit, but simply building, growing, holding and transferring wealth to the next generation, but, alas, that’s not the purpose of this article—see title.

Over the past decade, there have been notable, albeit few, acquisitions of black-owned companies. There’s been L’Oréal’s acquisition of Carol’s Daughter in 2014, when the brand had annual sales of $27 million; Unilever’s acquisition of Shea Moisture parent company Sundial in 2017 for a reported $1.6 billion; Procter & Gamble’s acquisition of The Walker & Co., home of Bevel and Form Beauty, in 2018 for an estimated $20 million to $40 million; MAV Brands’ acquisition last year of The Mane Choice, which generated $24.4 million in sales, for an undisclosed price; and others in the technology space like Pathbrite, which was acquired by Cenage. We’d like to say we could on and on, but the list is unfortunately a short one.

Here is a different list. A list of prospects. These are six black woman-owned brands poised for acquisition.

Quite frankly, it’s a bit surprising someone hasn’t yet snatched up Briogeo. Founded in 2016 by Nancy Twine, a former VP of commodity sales at Goldman Sachs, Briogeo in its words “takes it back to basics, offering a high-performance, hair care collection that is naturally based, yet performance driven to provide visible results.” Perfectly crafted language aside, Briogeo hits all the right notes.

Briogeo would fit perfectly in the portfolio of a big beauty company that under-indexes in hair and has the global reach to introduce Briogeo to say Brazil and South Africa. Current international partners for the brand include Sephora France, Sephora New Zealand and Sephora Australia, among others. There you have it. Briogeo for the win.

You may or may not have heard of Honey Pot, which could actually be a good thing. Founded by Beatrice Dixon in 2014 in what she describes a calling from the ancestors (love this woman), Honey Pot is a plant-based feminine care company with products to cleanse and refresh your vagina. Yes, your vagina.

The brand recently launched menstrual cups, which have gotten rave reviews. Speaking of reviews, the company was in the news last month because of a bit of backlash against a Target ad featuring it that ended up working in its favor.

Why is Honey Pot a great acquisition target?

To date, the company has raised roughly $4 million from investors, including the New Voices Fund established by Richelieu Dennis, founder of Shea Moisture.

Shaving wars are a real thing.

The razor industry is largely dominated by three players, P&G (Gillette), Edgewell (Schick) and Unilever’s Dollar Shave Club. P&G once held 70% market share and enjoyed hefty profit margins, but it’s seen market share erode to 50%, driven by more inexpensive and innovative upstarts like Dollar Shave Club’s and Harry’s. Last year, Edgewell was set to buy Harry’s for $1.37 billion until the U.S. Federal Trade Commission blocked the deal over concerns of antitrust stating, “Harry’s is a uniquely disruptive competitor in the wet shave market, and it has forced its rivals to offer lower prices, and more options, to consumers across the country,”

Edgewell pulled out of the deal and Harry’s got pissed—(Wouldn’t you be upset if you were this close to a billion?)—and is now threatening to sue Edgewell. Meanwhile, P&G quietly snatched up Billie, the female subscription shaving company that counts Serena Williams via Serena Ventures and Female Founders Fund among its investors. Billie is known for its unapologetic and quirky marketing that overflows with irony. It’s a shaving brand that has ads where everyone has hair.  Everywhere: On their vaginas, underarms, legs, everywhere, which one of our Instagram followers pointed out “is precisely why I know them.” Genius.

So, this context leads us to Oui The People.

The brand has sharp branding, strong press, and is in a somewhat difficult market to enter that, as we noted above, is witnessing disruption. While big beauty brands have been known to buy small brands with a few million in revenue—often done to acquire the people, technology or for purely financial reasons—we don’t necessarily see this as a play for big beauty, but more so for an emerging beauty holding company or incubator like Rare Beauty Brands, Luxury Brand Partners and Volta Digital Brands. These companies are known for acquiring brands in part or in whole, with plans of scaling them up through expanded distribution, product development and stronger marketing.

Oui the People was founded by Karen Young in 2015 with $180,000 in prize money from the New York Creators Award to focus on the safety razor. In a Refinery29 article titled “A Love Letter To The Safety Razor,” writer Alix Tunnel laments, “I didn’t really know what a safety razor was, other than old-fashioned and terrifying—and I certainly didn’t think using one would change the whole damn shaving game. I was wrong. And now, I’ve made it my mission to spread the word.” And her lover (ahem, razor) of choice is from Oui the People. It’s a fascinating piece.

Praise aside, Oui The People has great growth potential, solid fundamentals and is definitely already on beauty executives’ radars.

You’ve likely never heard of Organic Bath Co. It’s one of those unassuming brands with beautiful design and warm messaging, the sort of company you’d trust to babysit your newly adopted puppies. Seriously, it’s super cute, but let’s talk about the business.

The company was founded in 2014 by husband-and-wife team Gianne Doherty and Jay Weeks in Boston, Mass. Its products are made using 92% organic, fair-trade certified ingredients across skincare, bath & body and hand sanitizers. It introduced Hand Soap into the mix and, as you can imagine, the product quickly sold out.

Organic Bath Co. is similar to another husband-and-wife-led brand that was quietly acquired in 2019 by Rare Beauty Brands: Plant Apothecary. Plant Apothecary is also on a mission to spread products with better-for-you formulas that look pretty great, too.

Why Organic Bath Co.? It’s ready to scale, but small enough that it has a long runway for growth, and it’s operating in a very attractive space: clean beauty. Like Oui The People, Organic Bath Co. would be ideal for an emerging beauty holding company or incubator.

Pleeease say you’ve heard of The Lip Bar. Maybe you were clued into from its “Shark Tank” pitch (the brand didn’t get a deal) or its incredibly lovable bestie-in-your-head founder Melissa Butler, and there’s, of course, the vegan beauty product line.

The clean beauty movement goes beyond skincare and haircare. Makeup is starting to see disruption. With figures suggesting the average woman consumes six pounds of lipstick in her lifetime, more and more women are becoming acutely aware of ingredients in their makeup, thus driving increased demand for vegan makeup. The recent acquisition of vegan makeup brand W3ll People by E.l.f. Beauty for $27 million ought to be a strong signal for The Lip Bar.

The Lip Bar also underscores an important point that a brand can be both clean and bold in its artistry. Its products include lipsticks in rich hues with fun names like Control Freak and Bawse Lady. Particularly attractive is its ability to not only capitalize on makeup trends, but behavioral trends as well with the launch of Fast Face, which taps into a woman’s desire for fast, effective and multifunctional makeup.

The Lip Bar can be found at Target and on its own e-commerce website. With a few tweaks, the company has the potential to be the NYX or Kat Von D of the clean makeup beauty space. Those brands are owned by L’Oréal and LVMH Moët Hennessy, respectively.​

Some may argue that Pat McGrath Labs is a no-brainer, others may argue too expensive, and there’s a third argument where both can be true, genius of the ‘and,’ if you will.

A bit of history. Pat McGrath is arguably one of the most important makeup artists of her time. Her credentials are extensive. She’s been the lead makeup artist for designers including Prada and Giorgio Armani, for whom she created a cosmetics line in 1999, and was the makeup artist of choice on campaigns for Louis Vuitton, Lanvin, Calvin Klein and Balenciaga. She is Mother.

The British icon credits her Jamaican mother Jean for introducing her to the world of hair, makeup and fashion. “She trained me, basically, to do the shows, right there…look at the pattern, check the fabrics, look for the makeup and begin,” McGrath told British Vogue in 2007.

McGrath launched her eponymous line in 2015 with one ultra glamorous product, Gold 001, in limited quantity that sold out in minutes. It was a hit.  This was followed by a few more glamourous drops, all selling out in record time. The scarcity retail strategy was executed to perfection. Her full line came in 2017, marked by aspirational luxury that positioned it as a true prestige brand. Her packaging is beautiful. Pigments are rich. Marketing, brilliant.

The company has raised an estimated $80 million from investors including Eurazeo, the French private equity firm with approximately $19 billion in assets under management that’s invested in Herschel, Nest Fragrances and Moncler.  The funding puts the valuation of Pat McGrath Labs at $1 billion. Self-made.

The brand is one of the top prestige makeup brands in the world. While the makeup market is down in the U.S., growth is being captured by rising indie brands, and Pat McGrath Labs is still considered small, with revenues reportedly below $100 million. Additionally, there’s tremendous opportunity for global expansion, particularly in Northern and Sub-Saharan Africa, and parts of Asia.

Ella T. Gorgla is the co-founder of 25 Black Women in Beauty. She’s a business and strategy consultant with over 20 years of professional experience, including stints on Wall Street and as an executive director at Estée Lauder Companies Inc. This article was reprinted from 25 Black Women in Beauty with permission. The organization is on a mission to celebrate and elevate the influence of black women in the multibillion-dollar beauty industry.