The Natural Deodorant That’s Almost Too Good For Armpits

Agent Nateur has elevated the lowly deodorant to a luxury good and racked up sales while doing so. The Los Angeles-based brand’s original offering, Holi(Stick) No. 3, is a smash hit at retailers the likes of The Detox Market, The Green Goddess Shop, Bella Vérité and LeVert Beauty, which proclaims that the deodorant has a serious cult following. The product’s bright future wasn’t all that obvious when Agent Nateur founder Jena Covello cooked 100-plus versions of its formula in a Le Creuset pot on her stove over the course of nine months in 2014. “I almost gave up. It wasn’t as easy as I thought it was going to be,” she remembers. But Covello, determined to perfect an odor-busting natural deodorant with skin-nourishing ingredients in a stick format, didn’t give up, and her persistence has paid off handsomely. Here are more details about the rise of Holi(Stick) No. 3.

Initial cost: Covello started Agent Nateur with $300. With that money, she bought about 200 travel size bottles for Holi(Stick) No. 3 samples, 200 white boxes, and sticker labels for the bottles and boxes. She tested the deodorant with 100 people and 90 of them reported they’d buy it. After the positive response, she set up a website and set about getting Holi(Stick) No. 3 in the hands of Southern California creative types. “I would like other people who don’t have the money and resources to know that, if they follow their hearts and their passion, there’s a way to make it work,” says Covello.

Retail strategy: Out of the gate (or kitchen, in this case), Covello aimed to place Agent Nateur in natural beauty and indie beauty destinations. Sepi Spa, LeVert Beauty, Roots, Luckyscent and Base Coat were believers in the brand from the beginning. C.O. Bigelow was also an early fan of Holi(Stick) No. 3.

Gut check moment: The Detox Market didn’t pick up Agent Nateur when Covello first pitched Holi(Stick) No. 3 to the retailer in 2015. “They were on the fence and I was like, ‘You guys are going to end up taking it. You will see,’” says Covello. She was right, of course. 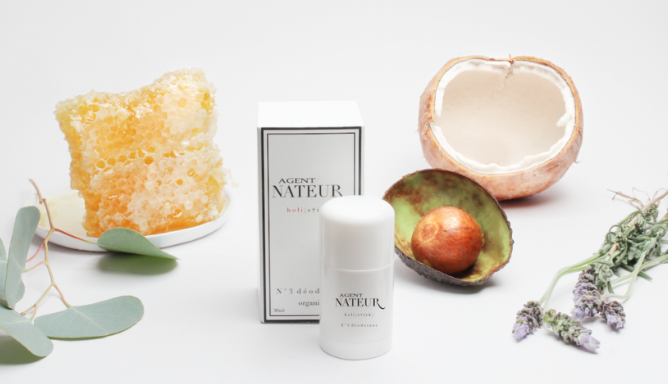 Hiccups on the way to success: The Holi(Stick) No. 3 formula has occasionally been softer than Covello would like. Over the last year-and-a-half, though, the texture has been consistently on pointe. A recent challenge is Agent Nateur’s sleek packaging being ripped off. “I guess that means I’m really making it, but it’s frustrating because it was so original,” says Covello. “I am not focusing on it.”

Key milestones: Last year was full of watershed events for Holi(Stick) No. 3, including mentions in Vogue and Mind Body Green in the spring, which led to the biggest month of sales at that time, recognition from Glamour as one of the best beauty products of 2016, and an arrival at Goop.

Important early adopter: Covello gave Holi(Stick) No. 3 to Ashlee Margolis, a friend of a friend and the founder of The A List, before it was widely released. “She sent me the kindest note. It’s hanging in my office. She said, ‘I believe in you. I believe in your product. This is a game changer,’” says Covello. “She really spread the word to a lot of people. I’m very grateful to her.”

“I would like other people who don’t have the money and resources to know that, if they follow their hearts and their passion, there’s a way to make it work,” says Covello.

Retailer take: “Non-toxic deodorants were so vanilla in the space before Agent Nateur launched No. 3,” says Elena Severin, director of retail and buyer at The Detox Market. “With one single sku, Jena was able to make deodorant fun within the beauty landscape and create a product that lived up to the challenge of keeping you feeling fresh and looking good on your vanity.”