In the Nineties, the Clintons ruled the White House, Victoria Beckham rose to fame as Posh Spice, Al Gore danced to the Macarena, the iPhone was a mere glimmer in Steve Jobs’ eye and Allergan started seducing Americans with the wrinkle-fighting powers of Botox. In the years since, the medical spa segment has emerged to proffer Botox and other cosmetic treatments in environments that don’t resemble the doctor’s offices you go to for your annual checkups. “They’re aesthetically pleasing places, and they’re exploding right now. There are aesthetics centers, laser centers, dental spas and more,” says Alex Thiersch, founder and director of the American Med Spa Association or AmSpa. “The medical spa industry is one of the fastest-growing industries in the country. It’s doubled in the past four years and is expected to double again to the tune of $8 to $9 billion by 2020.” Today, 4,200 med spas dot the country, according to AmSpa, and Texas, California and Florida are leading destinations for them. The expansion of the healthcare-beauty hybrids presents skincare brands with a significant opportunity for sales, and Thiersch spoke with Beauty Independent about how they can position themselves to take advantage of med spas’ momentum.

The Retail Scenario At Med Spas

On average, AmSpa estimates a med spa generates nearly $1 million in yearly revenue with a 38% gross profit margin. Thiersch figures retail accounts for 8% to 20% of the total turnover, noting 15% to 20% is the ideal range for a med spa location. “It’s a huge lost opportunity for many med spas because they don’t focus on it,” says Thiersch. Typically, a location will carry two to four skincare lines. “Often, there is a high-end one and an affordable one,” says Thiersch. “Clients and patients need a choice, but too many lines can be overwhelming.” Traditionally, retail components have been incorporated into reception areas and products are frequently placed in glass cases there. However, Thiersch points out med spas pursuing advanced retail tactics are removing barriers between med spa clients and merchandise by creating boutiques within their spaces. Some med spa owners are enlisting retail experts to help them maximize their square footage with those boutiques and hiring retail salespeople to be the faces of their waiting areas to improve skincare product revenues. “It is in the interest of the provider to protect the investment their patients are making. That means advising them on the regimens they should be on and what type of skincare products they should be using,” says Thiersch. “The last thing anybody wants is for someone to get a laser resurfacing treatment and go across the street to Walgreens or CVS to buy a skincare product that won’t protect their skin.” Clients that buy skincare items at med spas tend to be regulars. Thiersch reveals the brand Environ Skincare has discovered those picking up a single product are 30% more likely to return to the med spa they purchased the product from, and the percentages climb to 60% and 90% for two and three items, respectively. He emphasizes, “There is a solid return on investment when they offer retail.” 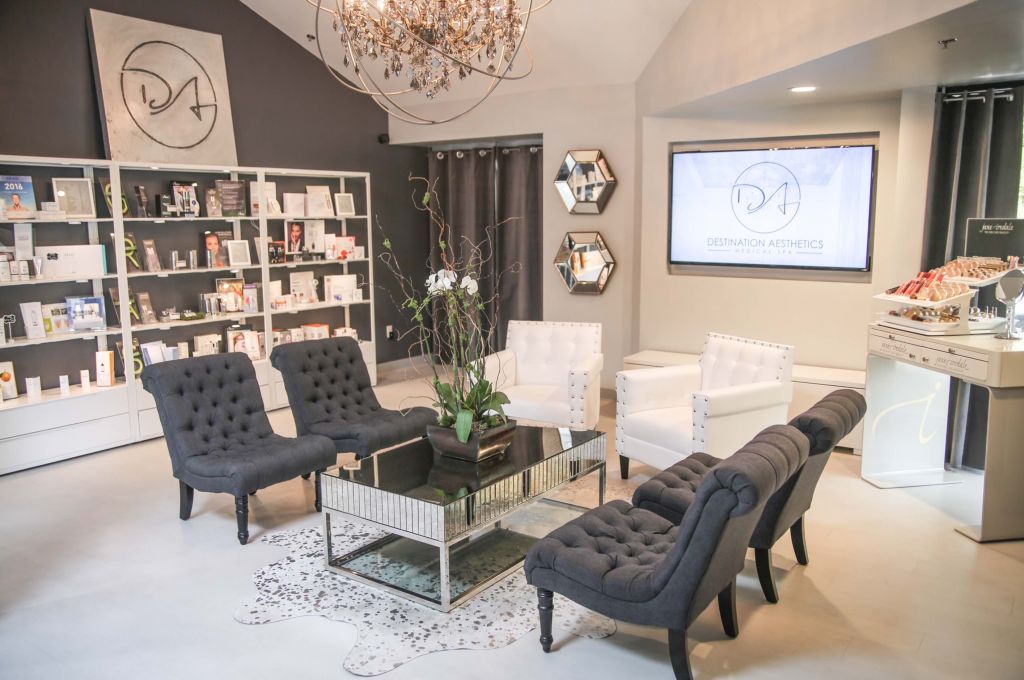 While chains are developing in the med spa segment, 80% of med spa enterprises have one unit. Skincare brands have to do their homework to identify med spas that seem to fit their products and determine the employees at the locations responsible for purchasing decisions. “You really have to reach out to the owners, talk to them and provide an overview of your product,” suggests Thiersch. Med spa directors and owners don’t usually think like retail buyers. Thiersch says they zero in on ingredients and the benefits those ingredients bring to the skin. They’re keen on clinical studies to substantiate those benefits. “It’s not necessarily about the best-looking bottle that the product comes in. It’s about does the product work and how does it work,” says Thiersch. Skincare brands can make headway by promoting their products alongside treatments. At med spas, the top three revenue-producing treatments are Botox, aesthetician services such as facials or makeup applications, and laser hair removal. “Instead of just Botox alone, the med spa patients could get skincare and Botox as part of a package or laser tightening and skincare as a package for one price,” details Thiersch, elaborating, “If a client is getting laser hair removal, Botox or even lip fillers, the med spa educates them on the skincare that goes with those treatments. The best way for a med spa to be able to sell skincare is as a part of services.” Practitioners at med spas are largely averse to selling skincare products, underscores Thiersch. Education, not sales, is central to the med spa ethos. “You have to make them understand it’s not really selling. It’s educating and providing a service to their patients,” he says. “It’s about helping patients understand that buying the right skincare is going to boost overall results.” 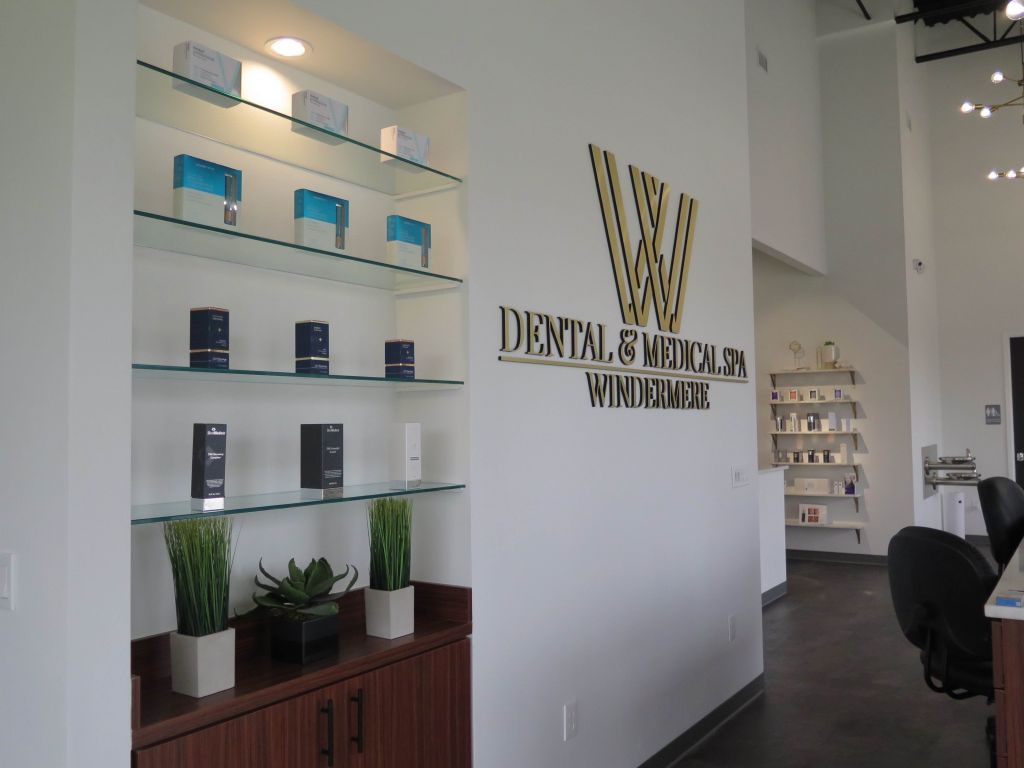 Roughly 85% of med spa clients are female, and 52% of them are between the ages of 35 to 54. Med spas have room for growth outside of their core demographics. Thiersch highlights millennials are stopping by med spas for their first visits and anticipates they will increasingly contribute to med spa businesses as they age. Men are also a potentially strong client base. “People have been predicting an upsurge in male patients. That hasn’t happened yet, but it’s only a matter of time,” says Thiersch. “There is definitely an opportunity in particular as it relates to body sculpting. Men get dad bods that they want to get rid of.” He continues, “Body sculpting is going to be huge. The ability to shape someone’s body without having to work out is massively appealing.” For both men and millennials, Thiersch adds tattoo removal services are important med spa attractions especially if those services, which are known to be painful, improve. As the med spa industry matures, he believes it will make more room for budding skincare brands paired with treatments and in retail sections. The med spa industry draws from a wide range of medical practitioners, and 65% of med spas are helmed by people who aren’t dermatologists or plastic surgeons, a valuable trend for brands breaking into the med spa industry on the ground floor. “They don’t necessarily have pre-established loyalty to Allergan, Merz or Galderma,” says Thiersch. “They haven’t signed long-term deals, and they come in with open minds.” 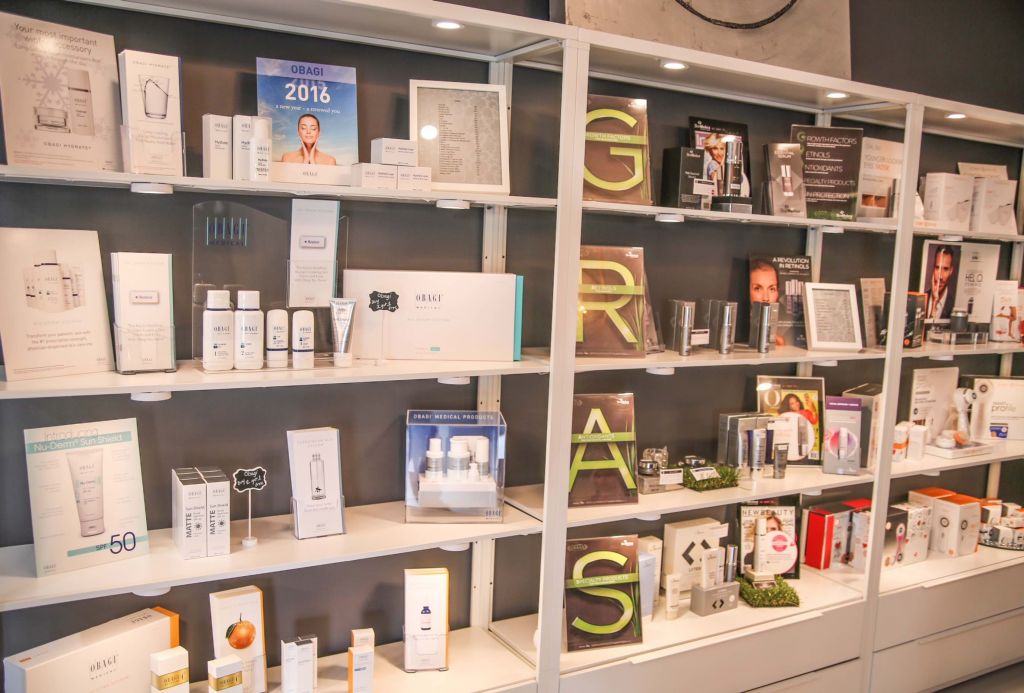